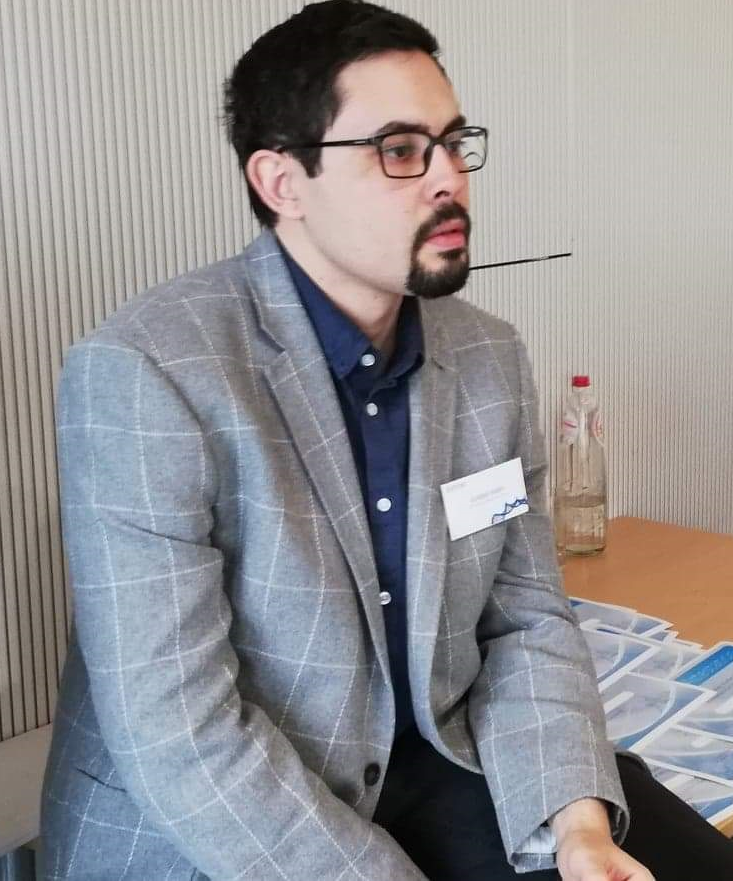 Amin Gasmi (1985) is an Algerian physiologist, orthomolecular nutritionist, variability and complexity of physiological systems expert, professional trainer, consultant and independent scientist. All the way, he has been working in complexity-based methodology applied to nutrition, sports and health sciences, evidence-based clinical practice and other integrative approaches. Professional, dynamic and hardworking, Amin Gasmi has been busy-oriented person to research and publication on medical science and health care.

Amin joined Inter-University Laboratory of motion biology, later pursued at University of Claude Bernard, Lyon (France).  He studied sports physiology and professional sports training for 5 years in Algiers. During this period, he worked with different national teams (taekwondo and athletics) and other sports clubs as physiotherapist and sports nutritionist.  As Neuro expert, Amin had his master practitioner certification in Neuro-linguistic programing (NLP) and hypnotherapy since 2012. NLP helps trainee learn to solve problems such as phobias, depression, habit disorder, psychosomatic illnesses, learning disorders and help them to become successful in their lives. In The Algerian Society of Nutrition and Orthomolecular Medicine (SANMO), he was very active member by publishing several studies in the official journal of SANMO (Bulletin Ortho), and translation of German-speaking and English-speaking lecturers from German and English to French. In September 2013, he went to France and did master degrees with focus in research methodology in biological and health sciences. Aftermath, he participated in PhD program continuing his biology and sport sciences.

Amin professionalizes his career as an independent nutrition scientist. In 2012, he became member of The International Society for Orthomolecular Medicine (ISOM) in Canada. The purpose of the Society is to further the advancement of orthomolecular medicine, to raise awareness of this ethical, cost effective practice of health care and to unite those dedicated to the practice of orthomolecular medicine. Later, he involved in several collaborations with The Council of Nutritional and Environmental Medicine (CONEM) in Norway. Collaboration includes clinical and biological area of investigation. Indeed, CONEM is a non-profit association founded and registered in Norway in 2013. It has been established to facilitate research and information activities related to nutritional and integrative medicine. Its fundamental mission is to promote the health of the public at large. Particularly, an organization selects research area on Autism Oral Medicine and Dental Toxicology.

For the next, Amin moved to be founder of the francophone training program called “Nutrition Orthomoléculaire” in January, 2014. This program was validated by ISOM. Nutrition Orthomoléculaire is a form of alternative medicine, aims to maintain human health through the comprehension of metabolic pathways and how to restore the metabolic balance using food, food constituents and plants active ingredients. The concept builds on the idea of an optimum nutritional and metabolic environment in the body and suggests that diseases reflect deficiencies in this environment and/or metabolic dysfunctions. After a year, he started to work as professional trainer and speaker in nutrition sciences and weight loss in different French-speaking countries. Since September 2015, Amin has been speaker on health care and exercise physiology and nutrition. As a professional trainer, Amin trains and certifies medical doctors, nutritionists, health and sports practitioners in the fields of nutrition, nutraceuticals and nutrigenetics. Amin’s network of advocacy on fitness and healthcare reached abroad (including France, Belgium, Luxembourg, Switzerland, Algeria, Tunisia, and Morocco).

Afterward, he founded in October 2018 in France The Francophone Society of Nutritherapy and Applied Nutrigenetics (SOFNNA). In December of the same year, he founded The Francophone Society of Exercise Physiology and Sports Sciences (SOFPESS) in France. He is now the president of both SOFNNA and SOFPESS. Since 2018, he joined The International Academy of Integrative Dental Medicine (AIMDI). This organization works voluntarily to train dentists about several areas of biological dental health and to educate the public about the dangers of dental biomaterials and the importance of oral health.

Summary of Contribution and Achievement

– Master practitioner in Neuro-linguistic programing and hypnotherapy (since 2012)

– Founder of the francophone training program called “Nutrition Orthomoléculaire” and validated by ISOM (since January, 2014)

– President and founder of The Francophone Society of Nutritherapy and Applied Nutrigenetics (SOFNNA) in France (since October, 2018)

– President and founder of The Francophone Society of Exercise Physiology and Sports Sciences (SOFPESS) in France (since December, 2018)

After his successful career of president and founder of ISOM and SOFPESS respectively, Amin began writing. To reach a larger public, writing was the best way.  Now, Amin has been sharing his experience with numbers of publications. As he writes articles and reviews on nutrition, orthomolecular nutrition and physiology in his web portal orthodiet.org. Up to till now, he has successfully published numbers of other scientific reviews and articles.